Barbara Karen Helland was born on December 23, 1947 in Milwaukee,WI to Gordon and Darlene (Johnson) Helland. She moved as a young girl with her family to Austin,MN, where she attended school, graduating from Austin H.S. in 1965. Barbara was married on August 20, 1966 at St. Olaf Lutheran Church in Austin to Jerry L. Neubauer. Following their marriage the couple moved to Minneapolis where Jerry attended Dunwoody Institute and Barb was employed at Pillsbury Company and with a private law firm. They moved to Stewartville in 1967, where they raised their family and have continued to make their home. Barb was a homemaker and also was employed as secretary at the Methodist Hospital in Rochester and as bookkeeper for Harry and Evie Syke’s Coast to Coast Store for a number of years. Jerry was a longtime employee at IBM in Rochester. At this same time Barb returned to school, earning a Bachelor’s Degree in accounting from Winona State University in 1986, the same year her daughter Sherry graduated from the nursing program at St Catherines University.

Barb was employed with the City of Stewartville as Director of Finance for the next 32 years. She attended countless council meetings, public hearings and planning sessions, yearly audits, meeting with fellow citizens, and working with a revolving door of council members, mayors and volunteer board members. She did it all with unfailing cheerfulness and professionalism, as her many awards for excellence proved. Barb was a member of Zion Lutheran Church in Stewartville and volunteered with the Stewartville Lioness Chapter for many years. She was an avid reader at home and at the cabin up north, and enjoyed sewing and taking trips with Jerry all over the US and somewhere warm in the winter. She loved time spent with her family and especially enjoyed following her children and grandchildren’s school and sporting activities.

Barb is survived by her husband of 55 years – Jerry and her daughter – Sherry (Jim) Oeltjenbruns of Rochester and son - Wade (Bridget) of Stewartville; 4 grand children – Anna Oeltjenbruns, Sarah Oeltjenbruns, Chase Neubauer and Reed Neubauer and sister – Beth Wood of Rochester. She was preceded in death by her son – Brett, her parents and 2 brothers - Bruce Helland and Brian Helland. 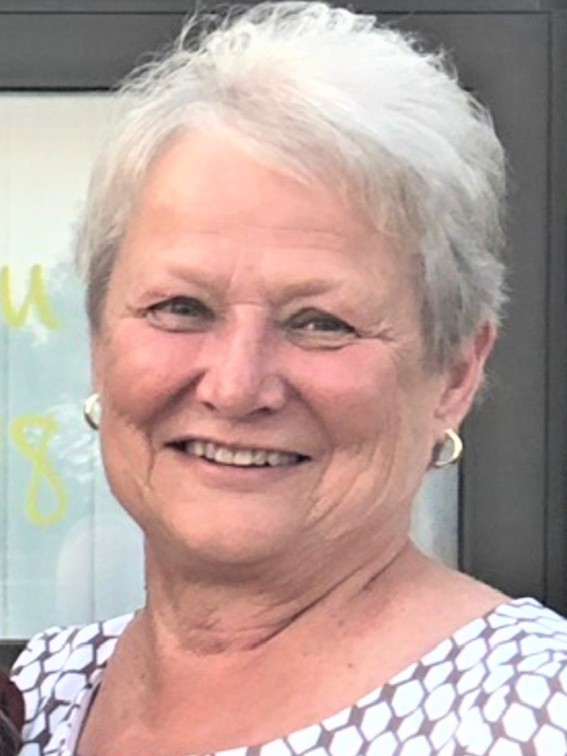