David G. Wynveen, 87, of Menomonie, WI passed away on November 21, 2021, at St. Mary’s Hospital in Rochester, MN, from bladder and liver cancer. He was born on May 31, 1934, in Baldwin, WI. He was the son of Gerrit (George) and Esther (Simmelink) Wynveen. He attended Lincoln Grade School from 1940-1948. He graduated from Baldwin High School in 1952. While in high school, he participated in football, basketball, and track.

In November of 1952, he enlisted in the United States Air Force and received his basic training at Parks Air Force Base, Pleasanton, CA. In 1953, he was transferred to Keesler Air Force Base, Biloxi, MS, where he attended school for Aircraft Control & Warning. After graduation from the AC&W School, he was assigned to the 737th AC&W Squadron, French Morocco, North Africa, for a one year tour of duty. In 1954, he returned to the US and was assigned to the 676th AC&W Squadron, Antigo Air Force Station, Antigo, WI, where he spent the remainder of his tour of duty. He was discharged in 1956.

In December of 1956, he was employed by Square D Company, Minneapolis, MN, as an office salesman. For the next four years, he attended night school at Dunwoody Institute, Minneapolis, taking electrical courses. In 1960, he was promoted to field engineer, serving the territories of Southwestern MN, and South Dakota. In 1969, he was transferred to Fargo, ND, to open an office to serve North Dakota, South Dakota, and Western Minnesota. He and his family remained in Fargo until 1978, when he was transferred to Rochester, MN. He remained in Rochester until he retired in December 1990. He and his wife Rose then moved to the Menomonie area where he worked part-time as a consultant for Square D Co and part-time for Viking Electric Supply Co, St. Paul, MN.

He was preceded in death by his parents, brothers Joseph, John, Stan, and James, sister-in-law Sharon Wynveen and brother-in-law Sylvan Sundby. He is survived by his wife Rosalind, children, and grandchildren, his brother Jerome (Joyce), his sister Georgia (Willie) Mrosla, brother-in-law Melvin Sundby, and numerous nieces and nephews.

David enjoyed time with his wife, children, and grandchildren. He also enjoyed dancing, his Mexican friends, his timeshare in Mexico, and Stout basketball games with friends.

The family would like to thank his doctors and nurses at St. Mary’s, especially nurses Matt and Ashley and social worker, Lori. 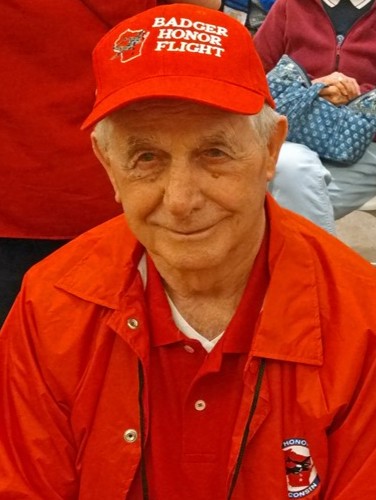