On June 30, 2022, a self-proclaimed “Regular Old Mr. Nice Guy” drew his last breath. Dennis Robert Urness was born the seventh son of the seventh son on August 20, 1949. He lived his entire life in Kenyon, Minnesota. Before he was even able to drive, Dennis had bought and restored his first car. This was a hobby that continued throughout his life, even after he’d lost the ability to drive. Dennis could always be found with a car magazine in hand, attending a car show, or driving through every car lot in a 60-mile radius. It was probably fate that brought him and Linda Curtis together. She drove a 1975 Corvette Stingray. The pair met while helping out after a devastating flood.

Dennis was fond of saying, “We met in a disaster, and it’s been a disaster ever since.” But this statement was only his sense of humor talking. Dennis and Linda recently celebrated 40 years of marriage.

Even in his last days, Dennis said Linda was still cute to him. Dennis and Linda had two children, AndyBud and EmilyJayBabe. Dennis worked as a draftsman at FoldCraft and drove a fuel truck to support his family and car collection. Dennis took great pride in teaching his son how to restore classic cars and spent thousands of hours playing catch with his daughter. While the last years of his life were challenged with multiple health concerns and pain, the family will always remember the times they laughed so hard they cried. Whether it was checking into a hotel with a rat-gnawn bible or spitting watermelon seeds at each other at the dinner table, there was always something to find joy in.

Dennis is survived by his two children, wife, and beloved dog Foxy. A funeral service will be held at Dale Church on July 6th. 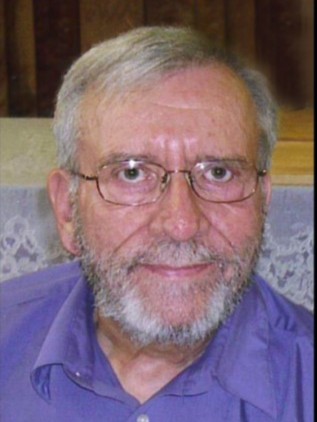