If the prose within this edition seems more linear and coherent, it may be in part due to the loss of “The Charlotte News’” (New Hampshire) long-time columnist Edward (Ed) Merritt, who rode off into the proverbial sunset in March at the age of 79, after a long chronic illness.

Ed was born in November 1942 in Rochester, Minnesota, the son of Dr. and Mrs. Wallace A. Merritt, a Mayo Clinic physician. He graduated from Rochester John Marshal High School in 1960. Readers of his Charlotte columns have heard him spin a number of tales about his childhood growing up in the shadow of World War II that threaded the rosy, nostalgic needle somewhere between “Leave it to Beaver” and “A Christmas Story.”

After spending a year at Dartmouth College, he finished his undergraduate studies at Beloit College in Wisconsin, where he also first met his future wife, Beth. Ed soon enlisted in the Navy and was reluctantly dismissed from Officer Candidate School due to an uncorrectable vision problem. He served his tour aboard the carrier Bon Homme Richard before returning to the states and relocating to New York City. It was in the late 60s that Ed and Beth reconnected in Manhattan, and their marriage would eventually last nearly 52 years.

After a short stint in advertising, Ed enrolled at Columbia University where he completed his doctorate in education (conveniently an Ed.D.). Ed and his family finally settled in Charlotte, New Hampshire, in the summer of 1987.

It is in Charlotte that Ed finally pursued his interest in writing. He spent much of his retirement with The Charlotte News, serving variously as editor-in-chief, reporter, columnist, copy editor, even photographer. He loved Charlotte and the ins and outs of small-town living and was happy to bend anyone’s ear either at Marble’s store or outside the post office.

Ed is survived by his wife, Beth, son Ian and daughter-in-law Catherine of Evanston, Illinois, son Chris and daughter-in-law Nicole of Providence, Rhode Island, and grandsons Archie, Teddy, Ben and Rory who know him as Squid (a moniker Ed jokingly suggested for himself— which stuck). He’ll be remembered for his ready smile, his epic dad jokes, and his ability to make the Dropkick Murphys, Tom Waits and The Louvin Brothers seem like a totally reasonable playlist.

A memorial is planned for the summer. In lieu of flowers, we encourage you to tell your family a grand story from your childhood (an Ed staple) and donate to the Green Mountain Habitat for Humanity, an organization Ed held dear to his heart. 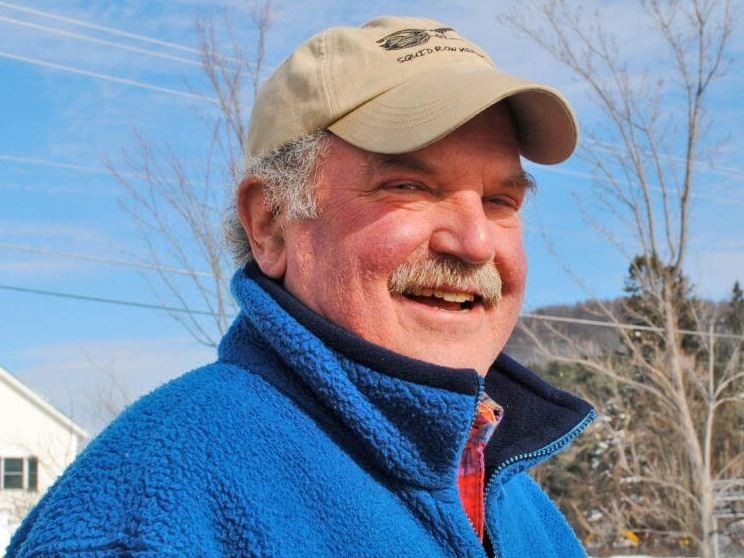