A visitation with a prayer service will be held on Sunday, November 27, 2022, from 1-3:00 p.m. at Nelson-Doran Funeral Home in Brainerd, MN. A visitation at Christ Lutheran Church in Byron, MN, will be from 10-11:00 a.m. with service following at 11:00 a.m. on Tuesday, November 29, 2022. A luncheon will take place at the church after services. Interment will be at East St. Olaf Cemetery in rural Byron.

Evelyn Ione Douglas was born in Iowa to Merton and Dena (Lingbeck) Douglas on November 11, 1929. She grew up in Spring Valley and Byron, MN. She graduated from Byron High School in 1947.

On September 29, 1947, she married Joseph Petersen. Joe and Evie made their home in Byron, where they farmed for many years. She was a wonderful wife, mother, and grandmother. She loved being a housekeeper and a farm wife. They were blessed with six children; Steve, Terry, Catherine, Thomas, Jeffrey, and Randi.

Evelyn worked 20 years as church secretary at Christ Lutheran Church in Byron. When Joe retired in 1990, they moved to the lake in Brainerd. Joe passed away in January of 1991. She continued to live at the lake and later married Arlen Anderson. Evelyn enjoyed their winter homes, where she would dance, play cards, and enjoy their friends. She continued dancing until 2021. She enjoyed many hours playing games with family and friends.

Arrangements have been completed by Nelson-Doran Funeral Home, Brainerd. 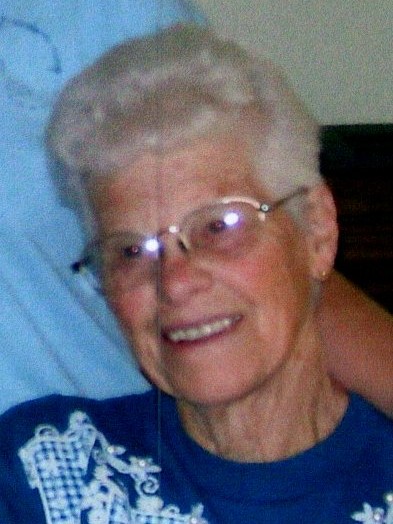