James Donald Boege was born on September 26, 1948 in Rochester, MN to Don and Meryl Boege. He suffered cardiac arrest on August 26, 2022 and was in intensive care on life support. He died September 5th, 2022.

He graduated from John Marshall High School in 1966. He received both an undergraduate and MA degree in History from Mankato State University. He married Margaret (Peggy) Marren on September 27, 1975 at St. Francis Catholic Church in Rochester. They had one son Will, his wife Andrea and 3 grandchildren, Theo, Tess and Sam. Jim loved those kids.

He played baseball at John Marshall but he enjoyed all sports, especially Twins baseball. Jim and Peggy raised Morgan horses for 42 years on their small farm in Oronoco. They raised three horses that won World Championships at the Morgan Grand Nationals in Oklahoma City, OK. Jim loved to mow his lawn and planted many beautiful flowers at the farm. He loved all his animals; dogs, cats and horses, too many to name except for Casey the cat who really loved Jim and assisted when Jim worked on quotes for the business.

Jim was a proud member of Heat and Frost Insulators Local #34 and he owned and operated Southern Minnesota Insulation for 14 years. He will be missed by his employees.

Peggy is so touched by all the support from his employees and everyone else who has shared how he touched their lives. He was a good man.

Jim was preceded in death by his parents, his brother Jon and Peggy’s parents, Bernard and Pearl Marren. He is survived by Peggy, his son, daughter-in-law, three grandchildren, his brother Jeff and sister-in-law Pamela, his uncle Roger Skaran and his sister-in-law, Patricia Marren who has lived in his home since summer 2021.

Memorials can be sent to Holy Spirit for the St. Vincent De Paul fund or Paws and Claws in Rochester. 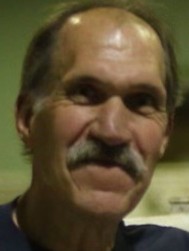