James Walter Ryan, age 77, passed away peacefully at home in Stewartville, MN on June 16th after a yearlong battle with cancer. He gratefully joined his beloved wife, Rita, who passed away unexpectedly only 97 days before him. Jim is survived by his son Jeff and Grandson Benjamin of Duluth, MN, and his daughter Kelly (Gerald) Burt, and Grandchildren Anastasia and Nicholas of Blaine, MN. He is also survived by his amazing siblings, Marlene (Milt) Tyler of La Crosse, WI, Rich Ryan of Rochester, MN, Connie (Dale) Eide of Rochester, MN, Dan (Sue) Ryan of Melrose, WI, and Vince (Julie) Ryan of Webster, MN. Jim (aka Lord James since he is an Irish landowner bestowed with the honorary title) was born November 2, 1944 in Cresco, IA to Roger and Dorothy (Daskam) Ryan and was the eldest of six kids who grew up on the family farm in Harmony. After graduating high school, he moved to Rochester and met the love of his life, Rita Staples, while working at St. Mary’s Hospital and Gold Cross Ambulance. They were married 02/19/66 and shared a truly beautiful partnership for those 56 years together. Jim worked for People’s Natural Gas/Minnesota Energy for 40 years before retiring. He was also a proud volunteer firefighter and EMT for Spring Valley Fire/Ambulance for over 3 decades. He had an overwhelmingly kind and giving heart and was involved in several religious and civic organizations and volunteer roles through his lifetime; far too many to list here. He was a man of great wisdom but few words and often said “two ears, one mouth” (listen twice as much as speaking). Jim was a man of great Christian faith, and especially found strength in Matthew Chapter 6 since he said he never wanted for anything that was not provided for him every day of his life through Christ.

Online condolences may be left at Hindtfuneralhomes.com 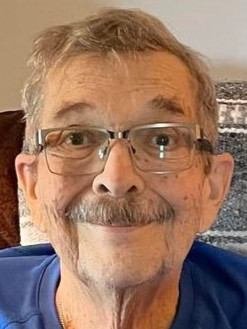