Downes, Joan Margaret “Joanie”  (O’Donnell), 86, passed away on November 14,  2022, surrounded by family after a courageous 3-year battle with cancer and dementia. She was born in south Mpls. to Marcella “Pat” Johnson and James O’Donnell.  Joanie attended St. Margaret’s Academy and graduated in 1954. Following high school, she worked for Prudential Insurance. Shortly after high school, she met her husband, Jerry Downes, on a blind date and they were married for over 62 years. Joanie and Jerry relocated several times but spent most of their time living in Rochester MN where Joanie was a homemaker and friend to all.  Joanie was quick-witted, friendly, and always had a positive attitude. She enjoyed spending time with friends from her childhood, Rochester, or their cabin and would often talk on the phone for hours. She was constantly searching for the next great “bargain” and loved to stop at estate sales and antique shows. She successfully raised four boys, managed their school activities, and kept them out of trouble. She is known to many as “Onie” and will be greatly missed. 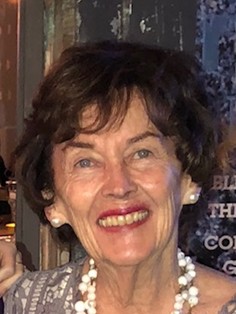