Lawrence “Larry” E. Howe 87 of Rochester went to his eternal home on Friday August 26, 2022. He was born June 15, 1935 to Raymond and Barbara (Hayle) Howe at their farm home in Dexter MN. He was the sixth of seven children. This was before electricity and running water was available in the country. He attended country school for first grade where the older boys carried water from a neighboring farm to the school. He graduated from Elkton High School in 1953. In September of 53’ he enlisted in the Army National Guard out of Austin and was honorably discharged in September of 62’. He married Martha “Marti” Ellingson on June 8, 1963. Other than a brief move to Vermont they made their home in Rochester their entire married life. They were blessed with two daughters, Sara in 1965 and Sheila in 1969. He was employed by IBM for 32 years (1959-92), and was a member of their “Quarter Century Club”. He was an active member of Gloria Dei Lutheran Church and then Our Saviors Lutheran church. He was also an active member of the “76” Lions Club from 1980 to present. He loved to fish, hunt and camp. In their retirement years he and Marti truly enjoyed their annual trips to Florida to visit family. He is survived by his wife Marti, their granddaughter Kaleigh Curran and special friend Chris Zollner, her parents Tom and Kari Curran and their children Ryan (Andrea) Martin, Jill (Kyle) Dicken, Ellie (Tanner) Kuehl, and Casey Curran; great-grandchildren Ellie Zollner, Briar and Brody Dicken, and 2 baby boys on the way. He is also survived by many nieces and nephews. He was preceded in death by his parents and his 6 siblings Virginia Ridgeway, Charles Howe, Francis “Bud” Howe, Stanley Howe, Beverly Howe, and Betty Monnier. Sadly, he was also preceded in death by both his daughters Sara Curran and Sheila Howe. In lieu of flowers please consider a donation to the Salvation Army or Our Saviors Lutheran Church.

Ranfranz and Vine Funeral Homes is honored to be serving the Howe family; to share a special memory or condolence please visit www.ranfranzandvinefh.com 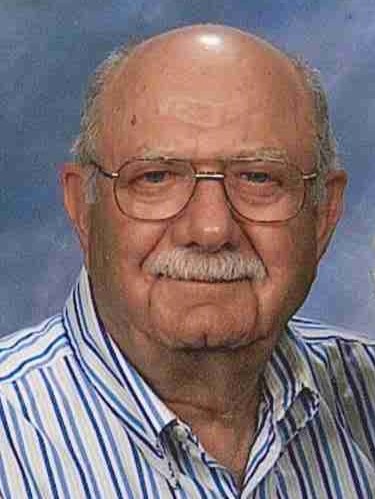