On Tuesday, June 28, 2022, Dr. Leroy C. Folmar, 75, passed peacefully at home. Leroy lost his battle with cancer that he fought courageously  for over 25 years.

Leroy was born in Beverly, Massachusetts on January 28, 1947. He and his family relocated to Endicott, NY, and then to Rochester, Minnesota. He graduated from John Marshall High School in Rochester in 1964 and went on to study at numerous universities. Between attaining his B.A. and M.S at Mankato State University, he enlisted into the United States Marine Corp (served 1969-1971, reserve from 1971-1975). After graduating from Mankato State, he transferred jobs with the federal government to Seattle Washington. While in Washington he attended the University of Washington, where he earned his PhD. His research and scientific career with the federal government took him to many locations and offered him opportunities to do meaningful work in fisheries and marine life. He had a few main passions in life; golf, cars, 50’s and 60’s rock and roll, fish and family. He was described by many as quirky, highly intelligent, had an incredible memory, and was highly respected in his field.

Leroy is preceded in death by his parents, Arthur J. Folmar and Rebecca E. Folmar. He is survived by his longtime girlfriend, Sharon Knutson; his son Sean P. Folmar, his daughter Krista E. Valentin and husband Brian Valentin; and his grandson Neil P. Folmar.

Family members and friends will be invited to a military internment at Ft. Snelling National Cemetery, in honor of his life and military service. The date and time are yet to be determined. 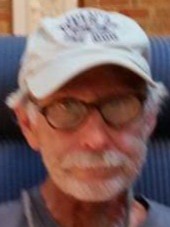