Margaret N. Schaeffner, 96, of Grand Meadow, MN died on Tuesday (January 18, 2022) of natural causes, at Grand Meadow Health Care Center, where she had been a resident since 2019.

Sarah Margaret Norton was born on March 4, 1925 in Town Creek, AL to David and Amelia Norton. She grew up in Town Creek, AL and attended area schools. She attended Auburn University and graduated in 1946 with an Education degree. Margaret married Wilbur (Bill) C. Schaeffner on June 5, 1946 in Town Creek, AL. Following their marriage, the couple lived in Wisconsin and later moved to Minneapolis where Margaret taught at several high schools and Minneapolis Community and Technical College until her retirement in 1998. Bill was in the Army and served in World War 2 and Korea. He was self-employed and an inventor.

Margaret was a member of Chain of Lakes First Presbyterian Church in Blaine, MN until her move to Rochester in 2015 and then attended the Stewartville United Methodist Church. She was an avid reader and she enjoyed following Auburn sports and winters in Ft. Walton Beach, FL with her good friend Janet.

Margaret is survived by nieces and nephews and their families. She was preceded in death by her husband Bill, her son David and her parents.

A graveside service will take place at Ft. Snelling Veterans Cemetery in Minneapolis on Friday (January 28, 2022) where Margaret will be laid to rest next to her husband Bill. Arrangements are with Griffin-Gray F.H. in Stewartville. Condolences and memories of Margaret are welcome at www.griffin-gray.com 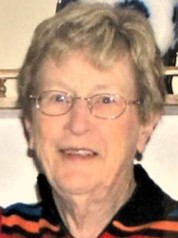