Marilyn Ann Wilke of Kasson, MN passed away on Friday, November 11, 2022 at Benedictine Living Care Center in Owatonna, MN at the age of 91.

Marilyn was born August 4, 1931, to Clarence and Hilda (Stucky) Stevenson in Old Concord. She was the second of six children. She grew up and spent her whole life in Dodge County.

She married Harold Wilke on October 11, 1947. They lived in Wasioja, where she gave birth to three children. In 1954, they moved to Kasson, MN where they lived for most of the next 67 years. After her children were raised, she worked in the cafeteria of the Kasson Elementary School and Kasson-Mantorville High School for a few years. She was later employed by the Hubbell House as a waitress for about 20 years.

Marilyn loved entertaining, especially cooking for her children and grandchildren. She was an accomplished seamstress, but her passion was decorating and redecorating in each of her homes. Most memorable will be Marilyn’s sense of humor and her infectious laugh.

Visitation will be 10:00 a.m. Saturday, November 19, 2022, at Czaplewski Family Funeral Home, 801 7th Street SE, Kasson, MN with the memorial service at 11:00 a.m. at the funeral home. Inurnment will be in Evergreen Cemetery in Mantorville, MN following a lunch.

Blessed be her memory.

To share a special memory or condolence please, visit www.czaplewskifuneralhomes.com 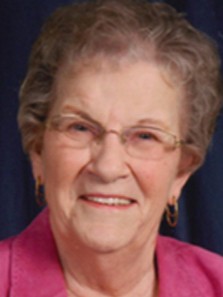