Mass of Christian Burial celebrating the life of Michael A. Bue of Rochester and formerly of St. Cloud will be held at 11:00 a.m. on Wednesday, January 19, 2022, at St. Peter’s Catholic Church in St. Cloud. Mike passed away unexpectedly on Monday, January 10, 2022, at St. Mary’s Hospital in Rochester with his beloved wife, Barbara, holding his hand. Burial with military honors will take place at Assumption Cemetery in St. Cloud.

Visitation will begin at 9:30 a.m. on Wednesday at the church. The family requests that those in attendance wear masks during Mike’s celebration of life.

Mike was born in Anniston, Alabama. The youngest of three children, Mike was affectionately referred to as the baby of the family, a term his sister, Carol, proudly coined. His family moved to Grand Forks, North Dakota after his father completed a course required by the army. It was here that his father began his banking career, a career that Mike greatly admired and would later pursue.

Mike graduated from Grand Forks Central High School in 1963 and went on to attend college at the University of North Dakota, graduating with a business administration degree in 1968.

After receiving his degree, Mike served in suburban Minneapolis banks for the next sixteen years; his tenure in this market concluded when he became Norwest Bank of Maple Grove’s Senior Vice President and Senior Loan Officer. Following this endeavor, Mike served in a similar capacity in both Bismarck, ND and in St. Cloud, MN. Mike later accepted an opportunity with the Pohlad organization and Marquette Bank of Rochester where he served as President. He later served as President and Chief Executive Officer of Security State Bank in Lewiston, MN. He also served as the district manager for a group of community banks in Minnesota and Wisconsin.

Mike had an impressive career, but what mattered most to him was his family, wife, Barb, and daughter, Jessica, or as he would adoringly refer to them as “his two girls.” They were his heart and he devoted his life to making them happy. When recounting the day he met Barb, he never failed to say, “she makes my life so much better.” They were equally smitten with one another and married August 4, 1990. Mike was so proud of Jessica and he took every opportunity to remind her that he was the luckiest man to have her as his daughter.

In addition to balancing a career and a family, Mike remained a committed advocate in the Rochester community and was involved in several local organizations including Rochester Area Foundation (Board of Trustees), Rochester Area Chamber of Commerce (Board of Directors), and as a volunteer for the Rochester United Way Campaign. Additionally, he received the Silver Beaver Award from the Boy Scouts of America, an award that honors exceptional characters who have provided distinguished service within a council.

Outside of his career and community involvement, Mike enjoyed annual pheasant hunting trips with his brother and nephews in Nebraska. He was also an avid golfer and enjoyed the simple pleasure of getting lost in a good book.

Mike’s smile was infectious and he always had a twinkle in his eyes. His kind heart, generous spirit, and vivacious personality will be missed. He is survived by his wife, Barb, daughter, Jessica (Bue) Fallon (Patrick), brother, Robert Bue (Judy), and many brothers-and sisters-in-law, nieces, and nephews.

He is preceded in death by his parents Lawrence and Deloris Bue, his sister, Carol Peterson and her husband, Butch, and in-laws, Emil and Marcella Pintok, all of whom he loved dearly.

A memorial has been set up by the Rochester Area Foundation in Mike’s name. It can be accessed at: https://rochesteraf.fcsuite.com/erp/donate/create?funit_id=2848. 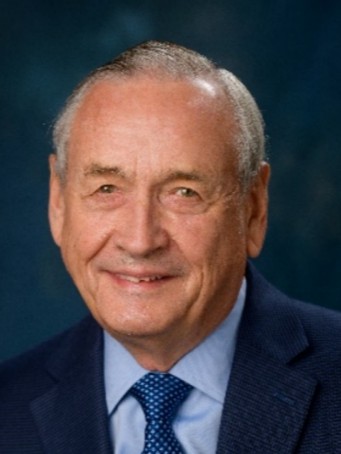