Odell Virginia (Otte) Peterson, 96, a redeemed child of God, was carried into eternal glory by her Savior Jesus Christ, on Monday, January 10, 2022.

On October 17, 1925 The Lord blessed William and Anna (Wille) Otte with the 11th of their 12 children, Odell.  She grew up and attended school in Randolph, MN.  She married W. Orin Peterson on October 18th, 1943. God blessed them with five children: Ornan, Onis, Odean, Orlene and Orlyn.  They named their farm in River Falls “O-Acres.”  They were actively involved as members of Faith Ev. Lutheran Church, River Falls and were also very involved in several organizations outside of church.

After Orin died in October 1997, Odell moved to Rochester, MN in April 1998 to be closer to family.  She continued to be very involved In the lives of her grandchildren and great-grandchildren. She lived in her own home independently until 2019 when she moved into an apartment in River Bend. She was a member of Resurrection Lutheran Church in Rochester until she died on January 10 (Orin’s 98th birthday).

Due to Covid, a funeral service for immediate family only, will be held on Saturday, January 29th at 11 am at Resurrection & Life Lutheran Church, Resurrection Campus at 4520 19th Ave NW, Rochester. It will be livestreamed (rlrochester.org) for those who cannot attend.  A Celebration of Life will be held this summer.  In lieu of flowers, the family asks you to give to some of Odell’s favorite charities: PanCan (Pancreatic Cancer Action Network),  St Jude’s Children’s hospital and Boys Town. 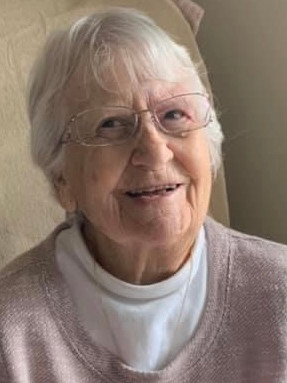