Paul Richard Drotos was an excellent human being. He was born on December 3rd, 1952 in Detroit, Michigan. During his early life in Detroit and Dearborn Heights he spent thirteen years attending catholic schools, for which he always considered himself lucky. In his words: “The nuns truly loved us, and that really showed. They had nothing else.” In an early demonstration of his character, he found himself in deep trouble for shaking down his fellow students for their lunch money. He needed this money to send food to starving children abroad. That philanthropic scheme got shut down, but his spirit of giving never waivered.

Paul tirelessly raised money, and awareness, for causes he believed in. Many will remember him for his work on the Red Wing sesquicentennial “sescrocks”, which raised tens of thousands of dollars for the Colvill Park universal playground. He championed the Lions Club’s contributions to the eye bank, for which he received The Hellen Keller Sight award, culminating in the Colvill Park glasses statue. He chaired the Elks Christmas Basket project. He tutored middle schoolers in math for years (under the moniker Dr. Otos). He was instrumental in establishing Red Wing’s electric car fast charger, and its drug treatment court. He picketed with the Veterans for Peace every Friday for the duration of the Iraq war (although not a veteran himself). He advocated in countless letters to the editor, earning him the Golden Quill award. He acted as a construction manager with Habitat for Humanity. He conceptualized and materialized the towns’ greatest mascots: Reuben the Blue Bin, and Doug the Plug. He sat on countless boards, and the Goodhue County Commission. He took his responsibilities extremely seriously, working to represent his constituents as faithfully as possible. The man did not rest.

Nor did he exclusively work, or work without play. He was a member of the Eveleth Clown Band, waking up at 5:00am to demand beer from rudely awakened lakeside cabin owners (an important first step in playing his three foot long homemade kazoo in that town’s parade). He had his interns recite The Rime of the Ancient Mariner as they drove around town, and sing Old Man River on the banks of the Mississippi. He wrote poetry to commemorate fishing trips, and to embellish love letters. He built box kites with enough lift to pull small children off the ground. He repurposed CDs into whirligigs and fishing lures. He continually took classes and learned new skills. He tinkered, repaired, created, and repurposed with great curiosity and creativity. Any party he hosted would involve games of his own make and design. He was not limited to inside the box thinking or doing.

From Michigan, where Paul’s one day stint at the Ford Motor Company taught him what he needed to know about the assembly line, he moved cross country to join the ranks of artisans in Los Angeles where he pursued the business of making and selling Lithophanes. He narrowly avoided the draft and the Vietnam war. He attended windmill school long before the climate movement took its current shape. He settled in the Red Wing area, found community, started his family and raised his son. He spent much of his career at NSP and the City of Red Wing. He enlivened the gatherings of his family and in-laws, his friends, and his coworkers. He endured the loss of his only two siblings to cancer.

He died from cancer on August 4th, 2022. He is survived by his wife Deb Drotos, his son Joe Drotos, his daughter-in-law Jenna Olson and his two grandchildren Arlo and Lida Drotos. He was preceded in death by his parents Myrtle and Julius Drotos, as well as his siblings Chip Drotos and Mary Jane Cory. He was a unique man that truly loved his family, his friends and his community, and that really showed. We were lucky to have him. He was an excellent human being.

A celebration of life will be held at Colvill Park Courtyard in Red Wing on Thursday, August 11th between 4 and 7pm. Memorials would be appreciated to Lions’ Club Eye Clinics or Habitat for Humanity. Online condolences may be sent to the family at www.mahnfamilyfuneralhome.com. 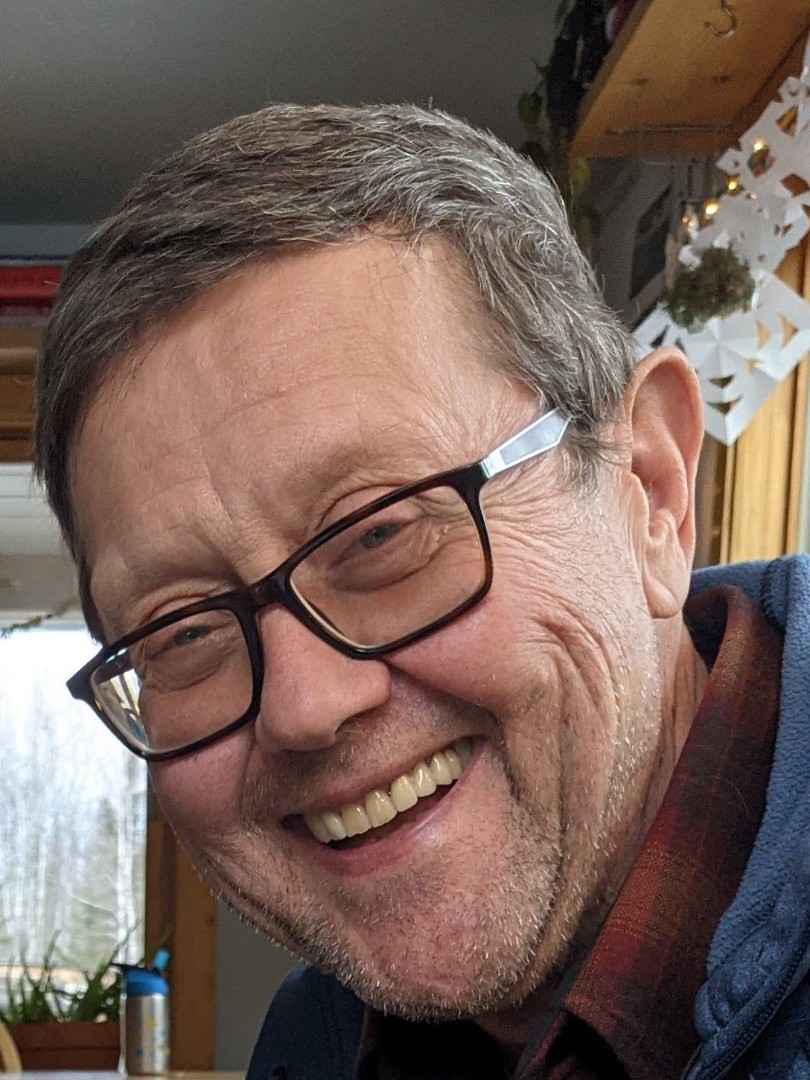