He was born the oldest of 4 children May 14th on his grandparents farm in Lewiston, MN to the late Vernon Lance and Irene Lance Kuehn.  On July 6, 1957 he married Sharon Longcor of Red Wing who was the love of his life for 65 years.

He graduated from Rochester Senior High School in 1954.  A week after graduation he went to work for Northwestern Bell Telephone on a line crew.  Over the years he became a technician maintaining phone and data systems for ATT and Lucent Technologies at IBM and Mayo Clinic.  He retired in 1998 after 44 years with the Bell system.

Roger had a life long love of horses which began when he was child growing up on St. Mary’s farm near Rochester.  While he helped his family operate the dairy which produced and supplied pasteurized milk to the hospital, his real passion was horses not Holsteins!  When he wasn’t helping with the chores of the farm he rode his horse.

After marriage he and Sharon lived in Byron for 9 years until moving with their young family to a farm home near Pine Island.  It was always his dream to raise Quarter Horses for show and recreation.  His passion became a major family endeavor.  Many family vacations involved riding locally or caravanning with relatives and friends to the Black Hills of South Dakota and the Big Horn Mountains of Wyoming.  Trips taken “up north” camping and fishing made up other memorable moments with family.

Roger was a long time member of AQHA, Island Riders Saddle Club, and other related organizations.

He enjoyed telling stories around campfires, nights of playing cards with grandchildren and friends.  Roger never new a stranger and always had an extra chair to pull up for a cup of coffee and a chat.

Services will be held at Saint Paul Lutheran Church in Pine Island, MN on January 21, 2022 beginning with a wake at 10am and service at 11am.  Interment to follow at Oakwood Cemetery in Red Wing, MN.

Fond memories and expressions of sympathy may  be shared at

www.neptunesociety.com/location/minneapolis-cremation for the Lance family. 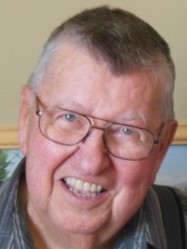