He entered the U.S. Air Force as a Medic in 1945, spending his time in Japan, and discharged in 1947. He took flying lessons under the G.I. Bill, getting his pilot’s license in December 1947. He had his own personal planes until the age of 91.

Roger met and married Gladine Braaten of Hesper, Iowa in 1948. They lived in Rockford, Illinois, then in Rochester, Minnesota where he co-owned Rochester Linoleum & Paint Store with his brother Harris. He purchased a farm northeast of Rochester on which he built hangars, gasoline pumps and a runway known as “Roger’s Field” on the Chicago Sectional Aeronautical Chart. During this time his proudest accomplishment was building a two-place “Tailwind” airplane from scratch in his basement. He flew it successfully for several years, eventually trading it for a Cessna Cardinal which they owned for 19 years. He was a continuous member of the Experimental Aircraft Association (EAA) since the early 1960’s, and a founding member of EAA Chapter 100 in Dodge Center and Rochester.

In 1982 he returned to Spring Grove, having bought the balance of the family farm. After 38 years, Gladine and Roger parted ways, but continued to be close friends to the end of her life. He eventually sold the farm and built a home in town.

Another hobby of Roger’s was buying, restoring, and selling 1950’s cars. His longtime partner Sadie Luttio was a big help restoring the cars, along with airplanes. He also loved to Polka dance, traveling by car far and wide to hear his favorite bands. For 29 years Roger and Sadie spent winters in Arizona.

Roger was a life-long member of Trinity Lutheran Church in Spring Grove where he was baptized, confirmed, and married.

Memorial service will be 11 AM Saturday, July 30, at the Trinity Lutheran Church in Spring Grove. Visitation to follow the service. The Mengis Funeral Home in Mabel is assisting with arrangements. 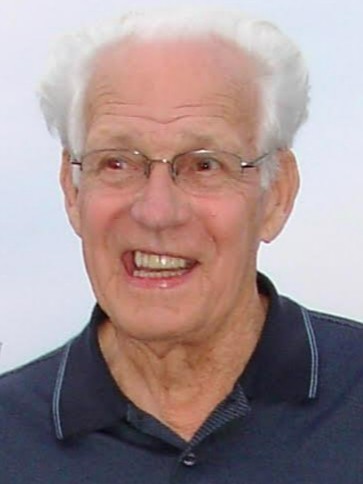