Rolland Willis Falk was born August 1, 1930 to Richard and Mable (Johnson) Falk in Flandreau, SD. His family moved from CoKato to Zumbrota in 1946 and graduated in 1948. He served 2 years in the Army during the Korean War and returned to Zumbrota. He married Joan Tilly in 1954.

He was a member of the State Patrol for 2 years. In 1956 he joined his father-in-law in the operation of Tilly Oil Company. In 1975 Cork and Rollie Oelschlager formed a partnership and opened The Covered Bridge Restaurant which is still owned and operated by his daughter Shari and her family.

In 1993 his wife Joan passed away. He later met Darlene Koob who has been his partner over 25 years.

With over 60 years of being in business, he employed countless people who he always considered part of his family. He enjoyed winters in Mesa, AZ and spending time with all his snowbird friends.

He always considered himself very lucky to have had such a wonderful family and so many great friends.

He was preceded in death by his wife, Joan; parents; brother, Marvin, and sister-in-law, Mary.

Inurnment will follow the service at the Zumbrota Cemetery. To send an online condolence to the family please visit, mahnfamilyfuneralhome.com 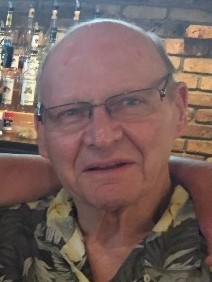