Sister Seton Slater, 94, a Franciscan Sister of the Congregation of Our Lady of Lourdes, Rochester, MN died at Assisi Heights, Friday November 18, 2022. Sister Seton was born Vivian Laura Slater, January 10th, 1928 in Wilmont, Minnesota to Hubert and Laura (Vaske) Slater. She entered the Sisters of St. Francis in 1946, received the name of Sister Mary Seton, and made perpetual vows in 1952. She received her Bachelors of Science in Elementary Education from the College of St. Teresa, Winona, Minnesota in 1967. Sister Seton graduated from Worthington High School in 1945 and attended Worthington Junior College from 1945-1946 while she worked a summer job at Rickbeils Hardware Store. After one year of college, and entrance into the postulancy and novitiate, she was assigned to teaching at St. Peter School in Delano, Minnesota. She served as a Teacher of Elementary Education for twenty-four years from 1949 to 1973 in many Minnesota cities before her last year of teaching at Queen of Angels School, Austin, MN in 1972. From 1973-1978 she served as the Director of the Craft Room at Assisi Heights. Sister Seton served as the Director of Life and Growth in Presentation Heights, Aberdeen South Dakota from 1978-1979 before her service at Mayo Clinic Hospital - St. Marys Campus as a Unit Assistant until 1985. She served as a Home Health Care Coordinator from 1985-1995 at Nobles County Social Service, Worthington Minnesota, followed by McKennan Hospital, Sioux Falls South Dakota. In 1995-1999 Sister Seton served as the Sacristan of Lourdes Chapel for Assisi Heights. She was an active part of Assisi Heights Prayer Ministries up to and after her retirement in 2010. Survivors of Sister Seton Slater include her Franciscan Sisters with whom she shared life for 76 years, a sister Carol Slater, along with 25 nieces and nephews, plus additional grandnieces and grandnephews. She was preceded in death by her parents; brothers Robert, Arthur, and Vincent Slater, sisters Irene Sieve and Rita Wagner,  A private Resurrection Liturgy will be held at Assisi Heights at 11:00 a.m., Wednesday, November 30th, 2022. Burial will take place at Calvary Cemetery. To view the funeral, go to www.rochesterfranciscan.org. Suggested memorials are to the Sisters of St. Francis, Office of Mission Advancement, Assisi Heights, 1001 14th St. NW, Rochester, MN 55901. 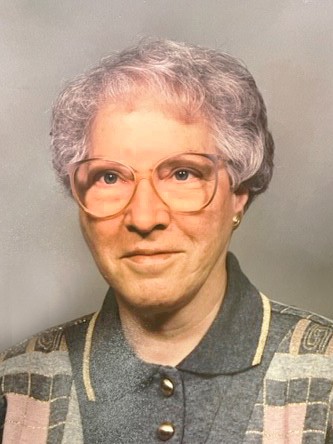