The funeral service for Thaddeus Louis Larek will be Friday, January 28, 2022, at 11AM, in the River Park Chapel at Macken Funeral Home, with Rev. Shawn Haremza officiating. Burial will be in Fort Snelling National Cemetery. Visitation will be Thursday, January 27, 2022, from 2-4PM and will continue one hour prior to the service in River Park Chapel.

Thaddeus (Ted) Larek, 100 years old, passed away at Clausen Manor, Lourdes Senior Community, in Waterford, Michigan, on January 13, 2022. He was born on March 6, 1921, in Milwaukee, Wisconsin, to Karl and Bertha (Skrzypek) Larek.

He is preceded in death by his wife of 73 years, Juanita May Larek; his daughter, Linda Larek; two sisters, and one brother.

Ted was a proud American Veteran who served in the US Army Air Force 1942 – 1945 during World War II, performing aircraft and engine repair on all types of military aircraft as a crew chief. He served in Saipan, Tinian, Guam, Iwo Jima, Okinawa, and the Ryukyu Islands.

Ted and his family moved to Rochester, Minnesota in 1960, where he worked as a Senior Procurement Engineer for IBM for 30 years. Ted was one of the founding members of the IBM Credit Union which later became Think Bank. Ted and May loved to travel abroad and state side. They made numerous trips around the country with their Airstream trailer. Yellowstone National Park was their favorite travel destination.

Macken Funeral Home is in charge of the arrangement. Online condolences are welcome at www.mackenfuneralhome.com 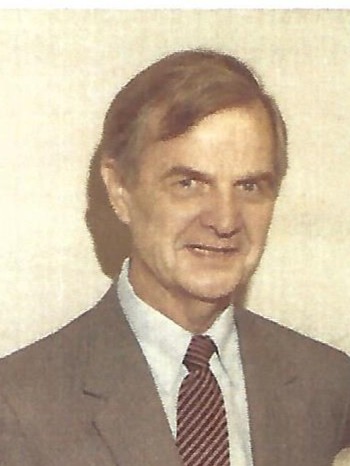