Wendell Ploetz, 74, of Utica died Sunday, January 22, 2023. Wendell was born December 23, 1948 in Winona to Kermit and Margaret (Pfeil) Ploetz. He graduated from St. Charles High School in 1966. Farming was his life. Wendell had farmed with his dad, Kermit and brother Kip. He currently partnered with his son Jeremy, and also farmed with his grandson Jarod. He worked hard, as he grew his crops and raised calves and cattle.

Wendell helped found the Whitewater Trailblazers Snowmobilers Club and was proud of having served as the club’s president. Wendell competed locally in tractor pulling. He was on the board of directors for United Pullers of Minnesota for several years. Wendell supported and helped Jeremy as he pulled nationally. As with Jeremy, he was immensely proud of Melissa when she showed horses across the U.S. He was always the biggest supporter. Wendell was an avid deer hunter, enjoying time with his buddies and family. He served on the Hillside Cemetery Board in St. Charles.

Funeral Services will be 11 a.m. Saturday, January 28, 2023 at St. Matthew Lutheran Church in St. Charles with the Reverend Tom Fast officiating. Burial will follow in Hillside Cemetery. A visitation will be from 4-7 p.m. Friday at Hoff Funeral Service in St. Charles with a 7 p.m. Celebration of Wendell’s Life led by funeral celebrant Jodi Heim. There will also be a visitation one hour before services at the church. www.hofffuneral.com. 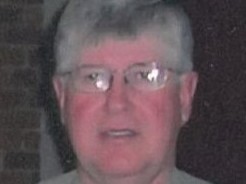